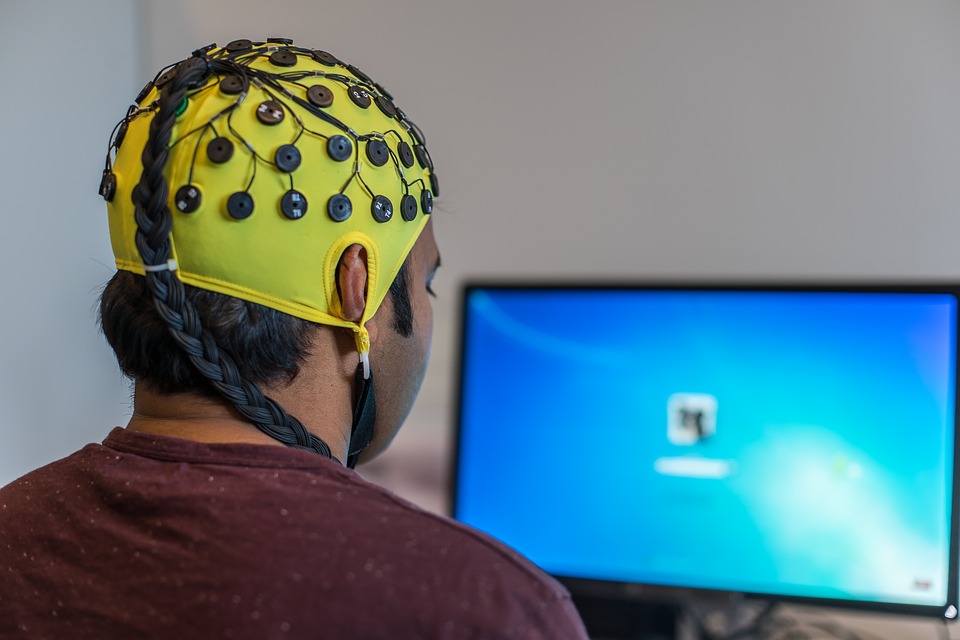 A man undergoes an electroencephalogram (EEG) scan, which evaluates the electrical activity in the brain. Photo: Pixabay

Washington: An analysis of more than 80 studies reporting complications experienced by COVID-19 patients has revealed that about one-third of them have abnormalities in the frontal lobe of the brain, findings which shed light on the neurological symptoms of the disease.

The review of studies, published in Seizure: European Journal of Epilepsy, focused on abnormalities detected using electroencephalogram (EEG) scans, which are used to evaluate the electrical activity in the brain.

“We found more than 600 patients that were affected in this way. Before, when we saw this in small groups we weren’t sure if this was just a coincidence, but now we can confidently say there is a connection,” said Zulfi Haneef, assistant professor of neurology at Baylor College of Medicine in the US.

The scientists explained that patients are recommended an EEG test when they have a slowed reaction to stimuli, followed by seizure-like events, speech issues, confusion, or an inability to wake up after sedation.

From the review of studies, the researchers said the most common findings from the EEG were slowing or abnormal electrical discharge, mostly in the frontal lobe of the patients.

They said some of the EEG alterations found in COVID-19 patients may indicate damage to the brain that might not be repaired after recovering from the disease.

Since the brain cannot regenerate, Haneef cautioned that any damage to the organ will more than likely be permanent.

“We know that the most likely entry point for the virus is the nose, so there seems to be a connection between the part of the brain that is located directly next to that entry point,” he said.

“Another interesting observation was that the average age of those affected was 61, one-third were female and two-thirds were males. This suggests that brain involvement in COVID-19 could be more common in older males,” Haneef added.

Also Read: Most Hospitalised COVID-19 Patients in the US Had Neurologic Symptoms, Finds Study

However, the scientists believe more studies are needed to validate the conclusions drawn in the review research.

According to Haneef, the virus may not be directly causing the abnormal EEG readings in the brain.

He said alterations in oxygen intake, heart problems related to COVID-19, or other side effects may also be involved.

“These findings tell us that we need to try EEG on a wider range of patients, as well as other types of brain imaging, such as MRI or CT scans, that will give us a closer look at the frontal lobe,” Haneef said.

“A lot of people think they will get the illness, get well and everything will go back to normal, but these findings tell us that there might be long-term issues, which is something we have suspected and now we are finding more evidence to back that up,” he added.