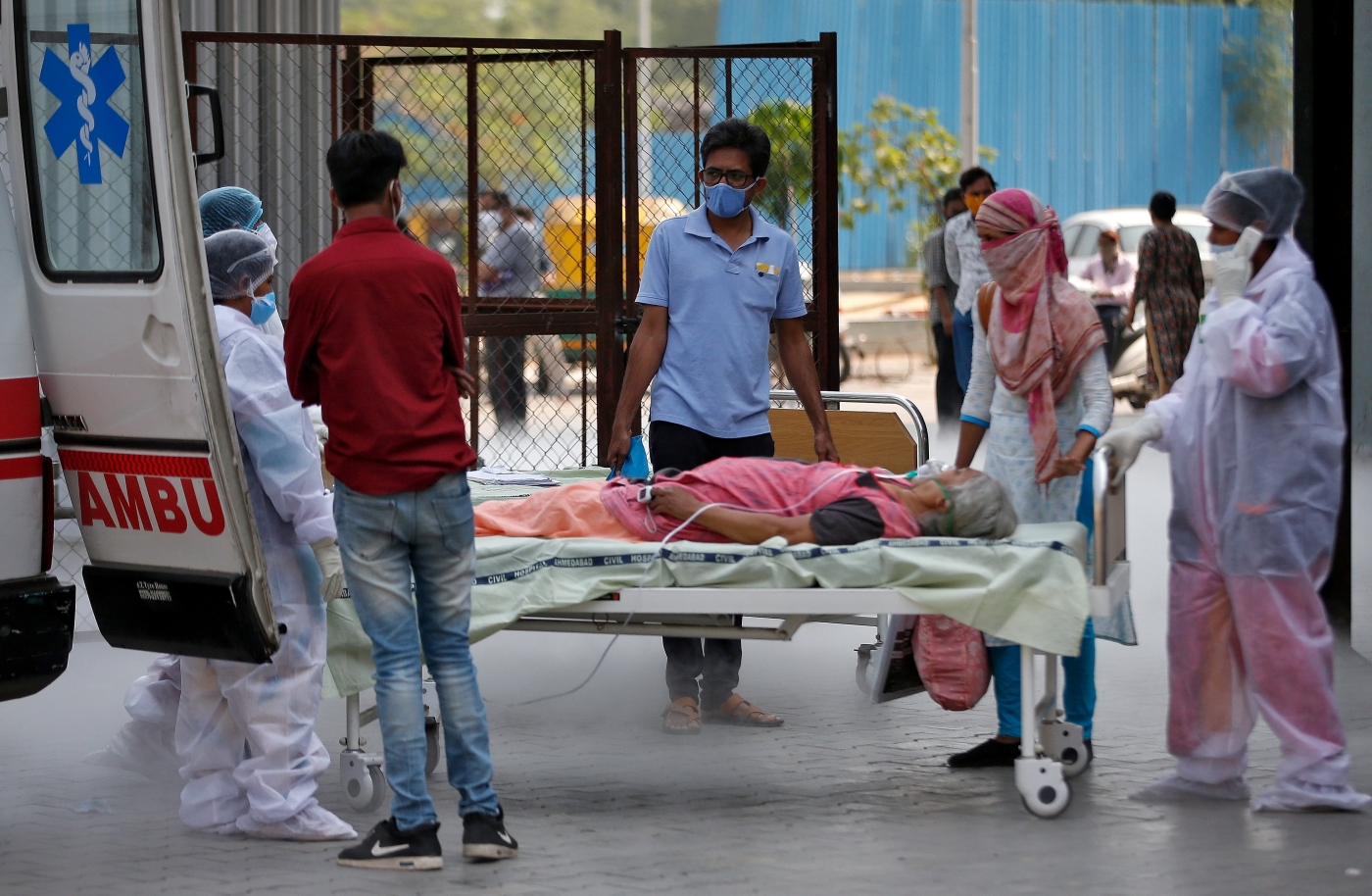 ‘I Will Explain Them’: How the Culture of Telling Hurts Government Schools

A woman with COVID-19 lies on a bed as she is shifted to a hospital for treatment, Ahmedabad, April 15, 2021. Photo: Reuters/Amit Dave

New Delhi: The Registrar General of India has released the civil registration system (CRS) data for 2020 for several important indicators, including the number of deaths and births registered.

2020 was the first year of the COVID-19 pandemic. In India, the spread of this infectious disease occurred in the form of a big wave that took off in March that year and didn’t peak until mid-September, with around 5.3 million cases. This wave was driven by the ‘original’ strain of the novel coronavirus.

A deadlier wave transpired in early 2021 driven by the delta variant. The Registrar General is yet to release the CRS data for this year – which might provide a fuller picture of India’s COVID-19 death toll.

There is an ongoing dispute between the Indian government and the WHO over the number of people who died of the disease in the country, with the government staunchly defending a lower figure that the WHO and several independent experts and organisations have repudiated.

The Indian government has now released the CRS data days before the WHO is expected to release its excess COVID-19 estimates for each country.

Here are five highlights from the CRS 2020 data.

The CRS data doesn’t say anything about the cause of the death. That comes from another report, called the ‘medically certified cause of death’ (MCCD) report. The government is yet to release it for 2020.

There is a catch: the same (unpublished) report also said that of the 810 lakh deaths registered in 2020, only 18 lakh (2.2%) could be medically certified for the cause of death. So saying 4.8 lakh died of COVID-19 in two years is likely to be a gross underestimate.

This is also why the CRS data for 2021 holds the key, because India’s second wave, of the delta variant, had a high mortality and propelled India to near the top of the pandemic table on both number of cases and number of deaths.

A plethora of studies used data available for around half of India’s states to estimate in the country as a whole, 3-5 million people are likely to have died in the last two years.

While India’s death registrations went up, the registration of births went down in 2020 by 2.41% from the previous year. The CRS report attributes this to the COVID-19 pandemic, which disrupted training programmes for those collecting data in many states.

In general, the registration system took a beating also due to inadequate human resources, lack of funds for these exercises anda  preoccupation of the dedicated staff with other duties.

All states and Union territories except Bihar, Haryana, Madhya Pradesh, Rajasthan, Sikkim, Andaman & Nicobar Islands, Jammu & Kashmir and Ladakh reported a drop in the number of births recorded in 2020.

According to the CRS, registrations of infant deaths decreased by 13.2% in 2020.

It is defined as the number of females born for every thousand males.