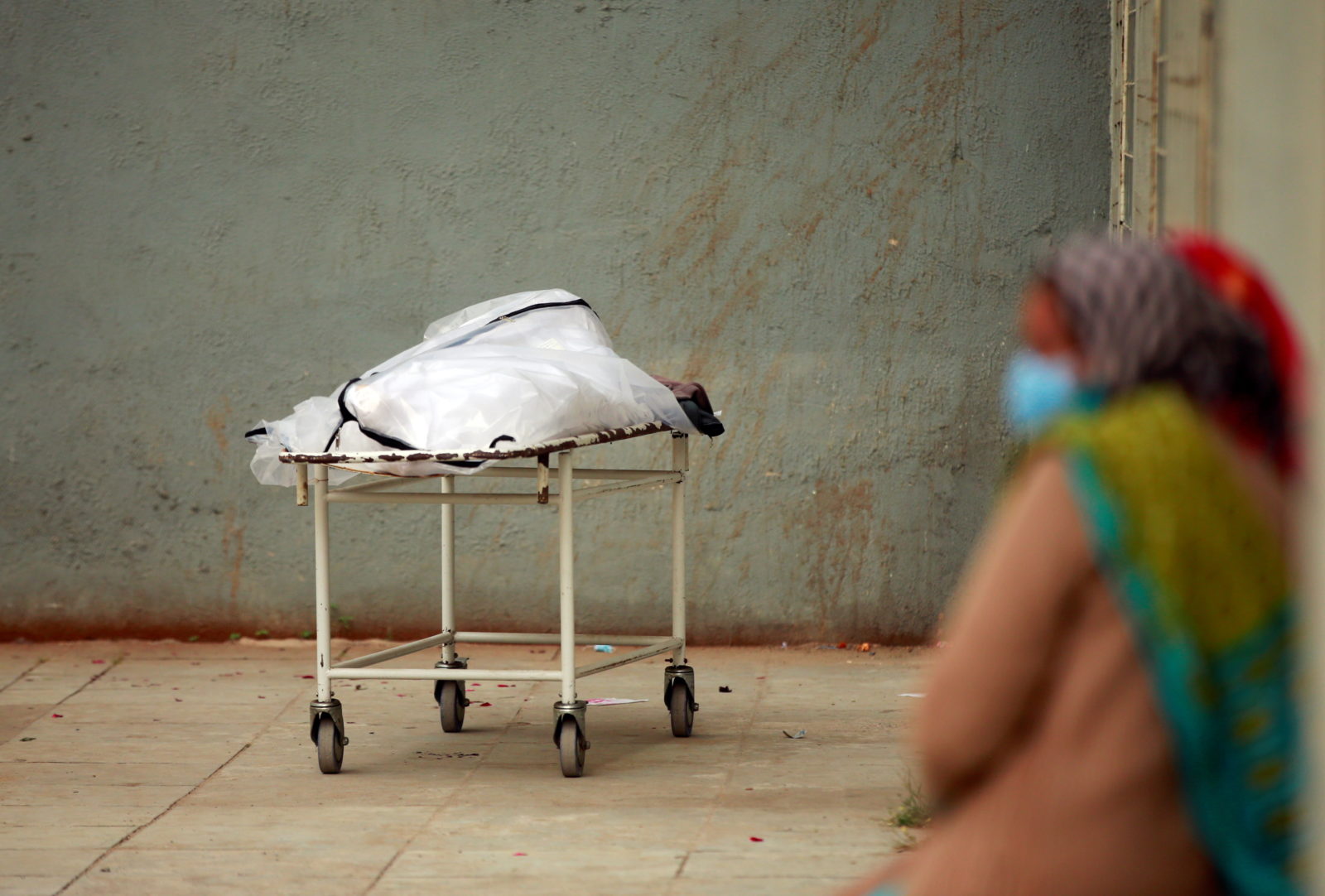 Charts: New Data Says Death Recording Went Up in 2020, That of Births Declined

Relatives wait to receive the body of a man after he died from COVID-19, outside a mortuary of a hospital in Ahmedabad, February 4, 2022. Photo: Reuters/Amit Dave

New Delhi: The Indian government has released its national deaths registration data months ahead of schedule, on May 3, against the backdrop of the WHO’s impending report on the country-wise number of COVID-19 deaths in the last two years.

* In Setback for India, WHO Disagrees With Govt Data on COVID Deaths, April 18

* In WHO v. Health Ministry Over COVID Deaths Data, Whom Should We Trust?, April 27

Some experts estimate India’s actual COVID-19 death toll is as high as 4 million, about eight times the official figure, especially as a record wave driven by the delta variant killed many people in April and May of last year. The WHO’s estimate will be published on May 5.

Vinod Kumar Paul, a top health official who has overseen India’s fight against the pandemic, said there was nothing “dramatic” in the total death data for 2020 and that those were “absolute, correct and counted numbers”.

He said the data showing 8.1 million total deaths in India in 2020 was released by the Office of the Registrar General two to three months in advance because of the attention on the country’s COVID-19 toll.

“There is a public narrative in the media, based on various modelling estimates, that India’s COVID-19 deaths are many times the reported figure – that’s not the case in reality,” he told state TV.

“We now have actual data for 2020, there is no need to do any modelling now. We will have actual, robust data for 2021 too. Modelling can lead to overestimation, absurd estimation.”

The death count grew slower in the country of 1.35 billion people in 2020 than in the previous two years, the data showed.

India officially reported 148,738 COVID-19 deaths in 2020, with the tally jumping to 523,889 on Tuesday out of more than 43 million cumulative infections. Only the US and Brazil have recorded more deaths as of May 3.

Countries around the world reported only 1.83 million COVID-19 deaths in 2020 but the WHO estimates excess mortality of at least 3 million globally for that year.

India has said it does not agree with the WHO’s methodology, though the scientists working on the latest estimates have defended it.