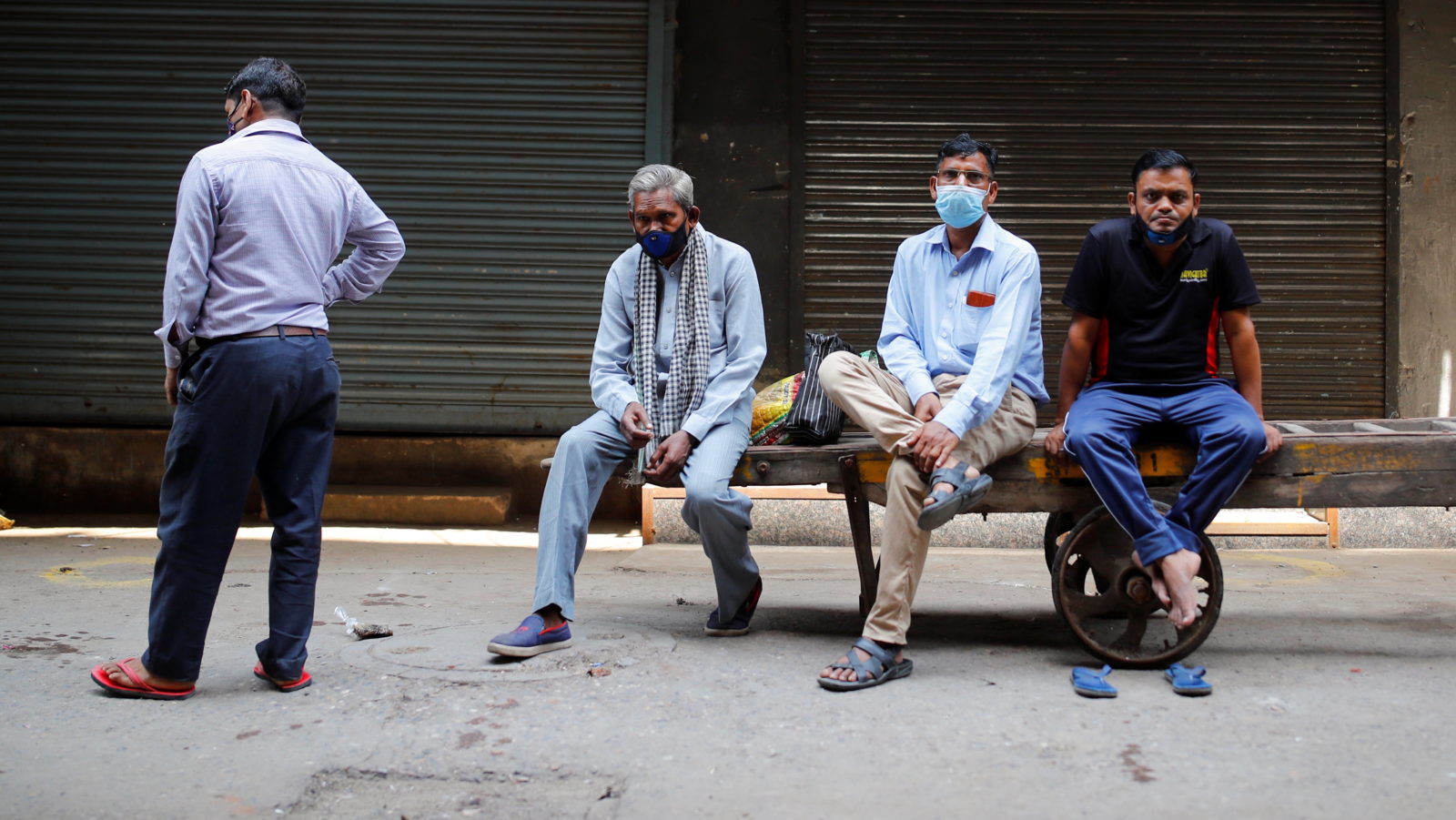 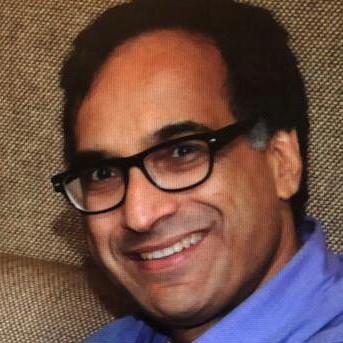 India’s National Statistical Office recently announced that the country’s GDP for the 2021 financial year contracted by 7.3%, the first full-year contraction in four decades. One year into the pandemic, a Pew Research Center analysis estimated 134 million (9.7% ) Indians lived on $2 or less a day, more than double the 4.3% forecast in January 2020. India’s middle class, the driver of much of India’s economic growth, is estimated to have contracted by a third, to 66 million in 2020, compared to pre-pandemic projections.

Unless India solves its health crisis, it cannot solve its economic crisis. For low and lower middle income countries, including India, the aphorism ‘health is wealth’ has never been truer than in the context of picking vaccines. Not all vaccines are equal. By mitigating the severity of disease, reducing asymptomatic cases and cutting transmission, vaccines of higher efficacy provide greater economic benefits, especially to the less privileged, who are more affected.

Spreading viruses mutate. Mutations that have resulted in more transmissible ‘variants of concern’ or escape variants that evade preexisting immunity have caused new COVID-19 outbreaks in many countries, including India, South Africa, Vietnam and Seychelles.

Seychelles in particular offers an important lesson for countries making hasty choices. On March 25, the archipelago reopened to international tourists after having vaccinated 60% of its people with at least one dose of either the Oxford-AstraZeneca vaccine, donated by India, or the Sinopharm vaccine, donated by the UAE.

Despite this impressive effort, the number of mild to moderate cases of COVID-19 began to climb again – and a third of those infected had received both doses. So the government was forced to reimpose restrictions. The problem was the relatively lower efficacy of the vaccines administered against the new variants in circulation.

There is also a growing body of evidence that up to a quarter of COVID-19 infections are caused by spread from asymptomatic individuals. This is a compelling reason to choose high-efficacy vaccines for their better ability to prevent asymptomatic infections, reduce transmission and avoid potential mutations.

Vaccines don’t save lives. Only mass, rapid and repeated vaccinations do – and those of higher efficacy vaccines do more. India must now aim to down-regulate the country’s COVID-19 epidemic to a seasonal infection, like the flu, which has seasonal outbreaks but with lower transmission, resulting in fewer cases and less disease and death. The best way to decrease transmission and spread, and keep both the country safe and the economy open is to make scientific-data-driven investments in vaccines that have demonstrated both high efficacy and safety in clinical trials and high effectiveness in the real world.

India’s vaccine crises have been self-inflicted. We continue to procure and administer some vaccines that are cheaper but which are yet to share data from phase 3 clinical trials demonstrating safety and efficacy. And even five months after India’s vaccination drive began, the Indian Council of Medical Research (ICMR) is yet to publish large-scale, real-world studies of the effectiveness of millions of doses of different vaccines administered in the country.

In fact, despite having administered over 230 million doses of three COVID-19 vaccines, only one – AstraZeneca’s Covishield (produced by Serum Institute) – has had its phase 3 clinical trial published and reviewed, and subsequently approved by the WHO. Neither Bharat Biotech’s Covaxin, an indigenous vaccine produced in collaboration with ICMR, nor Sputnik V from Russia have had their full phase 3 trial data reviewed and published, and neither vaccine has WHO’s emergency-use license.

Earlier in the pandemic, in order to decrease the morbidity and mortality among the elderly, the age group most likely to require hospitalisation with COVID-19, the strategy was understandably any vaccine instead of no vaccine. But today, given the low rate of vaccination in the younger population, the emergence of hyper-transmissible variants and the lower efficacy of the vaccines in use, the novel coronavirus is likely to continue to spread, replicate and mutate more in the population groups that are unvaccinated.

At this juncture, India must change its vaccine strategy and prioritise vaccines of higher efficacy and effectiveness – measured in terms of mitigating the burden of the entire spectrum of disease, from asymptomatic cases to death, as well as to decrease transmission. The government may not be able to secure enough doses of the highest-efficacy vaccines considering they have been cornered by richer countries, but it must not squander opportunities to procure them for lack of the right policy.

More specifically, going forward, the Indian government’s ongoing investments in vaccines must be based on answers to the following questions:

1. Has the phase 3 clinical trial data been published?

2. In the real-world, have post roll-out surveillance and epidemiological studies determined the effectiveness of the vaccine against ‘variants of concern’?

3. Will the vaccine’s underlying technology allow its manufacturer to reengineer an effective upgrade against a new variant in a few weeks?

If we make investments that are divorced from these considerations, the existing rich-poor, rural-urban and digital divides will have to make room for a new, pernicious ‘vaccine divide’.

Also read: When a Vaccine Maker Asks for Indemnity, Does the Government Debate Pennies?

Sadly, individual healthcare in India has always been a purchasable commodity and the richer have better access to better healthcare. There is no healthcare safety net for the poor in our country. If the ongoing pandemic has taught us one thing, it is that our lives are inextricably linked – that unless all Indians are equally well-protected against the virus, no Indian can be considered to be fully protected. The virus will keep spreading, replicating and mutating, and ‘variants of concern’ will condemn India to more and more surges.

We must purchase the highest efficacy vaccines, make them accessible in all vaccination centers and administer them for free at government centers. This is a crucial moment for India, and if we make the right choices, we can begin to decrease the inequity and inequality in the nation’s public health. If India fails, generations to come will ask why we didn’t come together as one nation and make better vaccines freely available to every Indian.

Dr Joseph Britto is a former consultant and honorary senior lecturer in paediatric intensive care at Imperial College at St Mary’s Hospital, London. He is on Twitter @JosephBrittoMD.

The Wire Science@TheWireScience
4 Following 27.5K Followers
Why and how respiratory diseases can develop into chronic conditions like long COVID-19 are still unclear. |… https://t.co/uv0C0CRB5D
16 hours ago
2 5
As of August 8, more than 4,000 cattle have died in India due to a viral disease – the lumpy skin disease. The dise… https://t.co/8PDleksTaU
17 hours ago
2
The immune system facilitates lung recovery after an infection by sending signals that can activate stem cells but… https://t.co/9zuUlFpJDs
20 hours ago
3
To solve the problem of transboundary air pollution, developed economies could provide green technologies to countr… https://t.co/JFmAeF7DYr
22 hours ago
2
Many autistic people experience difficulties in expressing their emotions. This can result in increased anxiety, de… https://t.co/zOWaNVlx21
24 hours ago
1 4
Every country deserves an equal opportunity to develop, but it is also a universal human right to breathe clean air… https://t.co/j9quH4cg0o
2 days ago
2
New research found that it might not be an active viral infection causing long COVID-19 and similar conditions, but… https://t.co/1uraoT5g3w
2 days ago
1 2
While US politicians have taken to describing rising food and other commodity costs as the “Putin price hike,” some… https://t.co/Y0CSDLZOoN
2 days ago
Monkeypox may not be a second COVID-19, but governments and public health officials are not reacting swiftly enough… https://t.co/P8WcQcRjh7
2 days ago
1
The UN projects that global demand for meat will swell by 15% by 2031 as the world's increasing population seeks mo… https://t.co/tTHtGt7iOU
3 days ago
1
Despite their lack of dietary energy, consuming non-nutritive sweeteners may be linked with type 2 diabetes and hea… https://t.co/O4u4z4Ib5M
3 days ago
While scientists agree with the move to normalise taxes across different sectors, they say current and upcoming gra… https://t.co/Ddl6Pvwq04
3 days ago
4
Virologist Gagandeep Kang said that with the case trajectory likely to go up, more laboratories need to be equipped… https://t.co/SSapRJIM8z
3 days ago
2
To evaluate how dangerous a novel disease can be, three factors are important: virulence (deadliness), transmission… https://t.co/OsDBUqzqKp
4 days ago
3 4
A YouTuber in the AI community trained an AI language model called "GPT-4chan" to give misogynistic responses to qu… https://t.co/G8IIOTutYj
4 days ago
Contact us