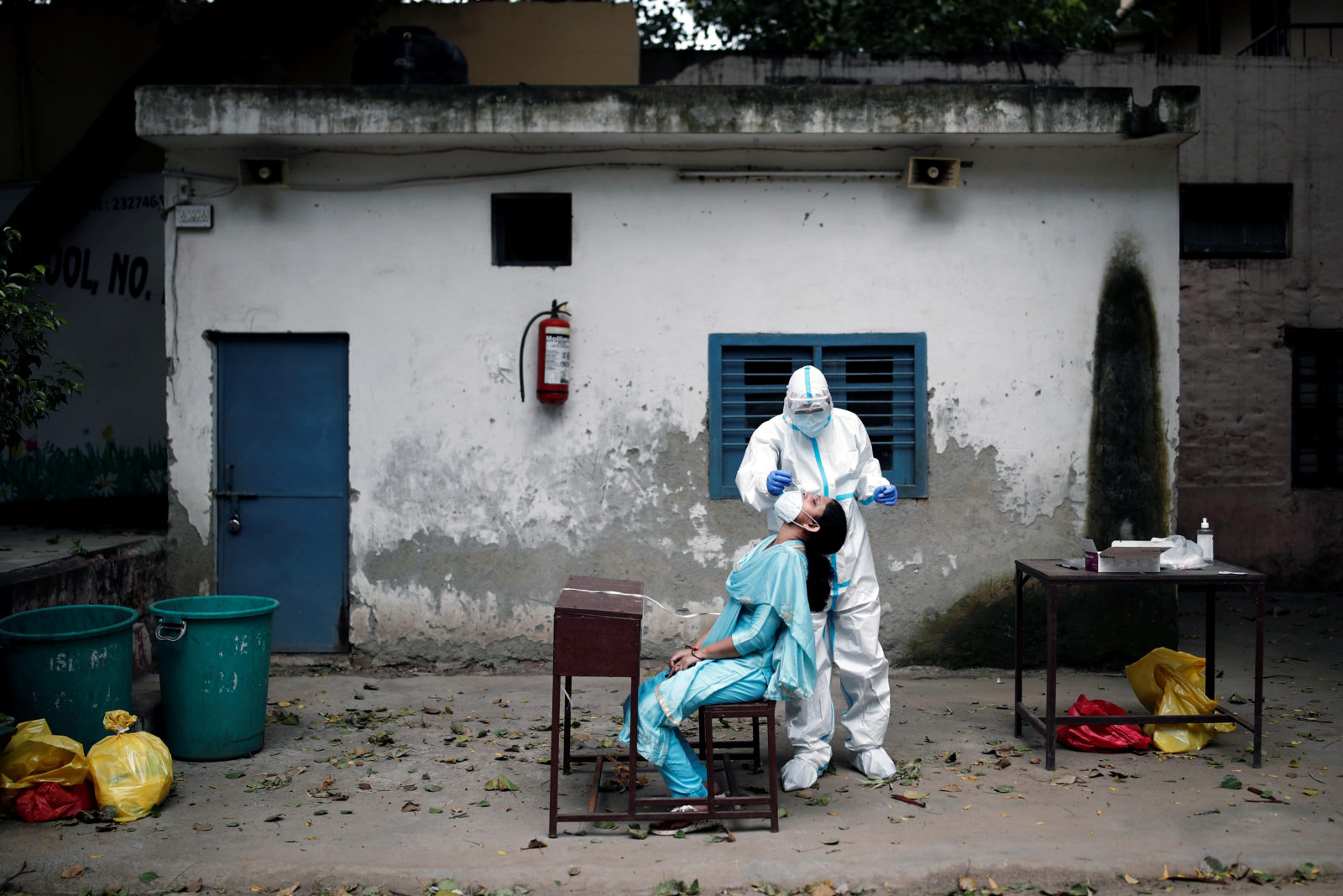 A health worker in PPE collects a swab sample from a person to test for COVID-19, New Delhi, August 6, 2020. Photo: Reuters/Adnan Abidi.

New Delhi/Bengaluru: In a statement released on August 12, the Ministry of Health and Family Welfare claimed India’s “high” COVID-19 recovery rate was the result of a successful implementation of its containment strategy. On the same day, India’s recovery rate crossed 70%, and as on August 17 morning stood at 71.91%.

However, the rate of recoveries is a poor, if not meaningless, measure of a country’s response to its COVID-19 epidemic. This is simply because the recovery rate naturally increases during the course of an epidemic or pandemic. If a person gets COVID-19, only two things can happen: they recover or they die. So as more and more people fall sick with COVID-19, i.e. as the epidemic progresses, more and more people will also recover or die over time.

At the end of the pandemic, the recovery rate has to be 100% minus the given population’s infection fatality rate. If this rate is, say, 3%, the final recovery rate will be 97%. The fundamental point is that from the epidemic’s start to finish, this figure will slowly increase from 0% to 97% – even if we don’t intervene.

However, such comparisons are also flawed because how many people recover is related to the extent to which the disease has spread – more colloquially known as the stage of the pandemic (not to be confused with the modes of transmission) – as well as non-disease characteristics like quality and affordability of healthcare, access to basic amenities, disease surveillance initiatives, testing rate and average age of the population.

For example, India’s case fatality rate (CFR) is thought by experts to be lower than it could have been, given the subpar quality of public health in the country, because of its relatively young population. As Murad Banaji wrote for The Wire Science on June 27, “Despite a weaker healthcare system, a young population like India’s very likely does mean a lower [infection fatality rate] than in Europe or North America.”

Also read: India’s COVID-19 Mortality Is Too Low to Warrant Closure of Other Health Services

Indeed, the health ministry also lauded India’s low CFR, currently around 1.95%. However, estimates of the CFR during an ongoing pandemic are bound to be flawed because we simply can’t pin down either the numerator or the denominator used to calculate the number.

Ergo India’s officially reported CFR is to be taken with a cupful of salt. Instead, as Banaji wrote, “Comparisons between regions should generally be avoided, unless there is evidence that the regions are in similar stages of the epidemic, and have similar testing rates and response strategies, and similarly efficacious death registration systems.”

Since none of these similarities hold true between India and other countries either, we should also avoid comparisons in an attempt to make our response look better because. In fact, different states in India are at different stages of their respective epidemics, so even interstate comparisons are bound to be caveat-ridden.