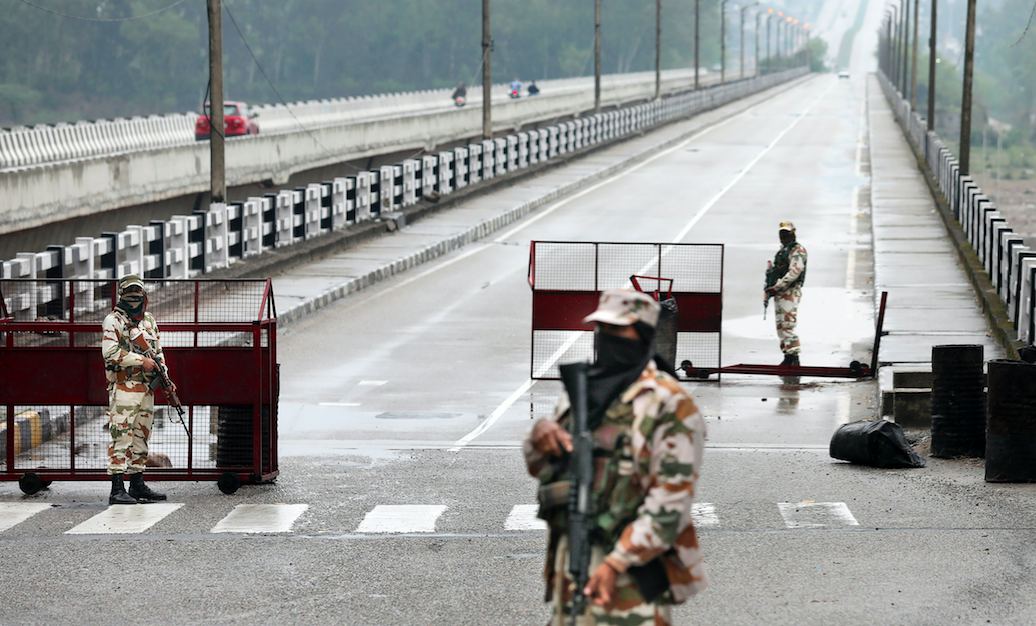 Suddenly Lost Your Sense of Smell? Data Suggests You May Have COVID-19.

Srinagar: A 65-year old man, who had tested positive for COVID-19, died in a Srinagar hospital on Thursday morning – the first death linked to the deadly viral infection in Jammu and Kashmir.

A senior doctor told The Wire the patient, who lived in an uptown locality of Srinagar, had traveled to Delhi and UP earlier this month with a Tabligh-i-Jamaat, a religious group that preaches Islam.  On his return to J&K, he traveled to different districts of J&K before he was admitted to the hospital.

Four persons from north Kashmir’s Bandipora district, who had come in contact with him at a religious gathering in north Kashmir, tested positive for the infection on Wednesday. These fresh cases, with no travel history, have led to fears about community transmission of the infection.

“We have put all 11 family members of the deceased patient in hospital quarantine and their samples have been taken for testing,” said Dr S.M. Qadri, nodal officer, COVID-19, Kashmir.

Teams of health workers have been rushed to different places to trace people who came in contact with the deceased. “So far, we have identified 72 of his contacts,” said Dr Qadri.

At least 31 of these “contacts”, including some families in Sopore town of north Kashmir have been put in quarantine. “It is very difficult to trace all the contacts and this adds to the worries,” said a doctor.

‘Negligence in handling the case’

There are fears that the patient was allowed enough time to spread the virus by intermingling with people and relatives at different places. The administration has now ordered an inquiry into alleged mishandling of the case at Srinagar’s SKIMS medical college hospital where he reported first on the morning of March 21.

Though he was found to be suspected COVID-19 case, “the patient was not handled (by the doctors) as per the protocol required,” reads a report from principal of the college to the divisional commissioner, Kashmir, P.K. Pole.

It says despite knowing the patient’s travel history and observing his symptoms, the hospital administration did not bring it to the notice of the authorities when the patient “left the hospital without getting admitted.”

“The negligence of the hospital administration has resulted in lot of confusion and vulnerability among masses,” reads the report.

The medical superintendent, and head of the chest disease department of the SKIMS hospital have been asked to explain their position while additional commissioner, Kashmir, Tassaduq Hussain Mir, will enquire into the negligence for “exemplary action against the officers” and submit his report in two days.

The authorities have also traced the deceased’s complete travel history. On February 15, he had travelled to Andaman and Nicobar with the Jamaat. On his return to Srinagar, he stayed home for 20 days before leaving for Delhi on March 7.

Dr Qadri said during his stay at Delhi the patient had interaction with foreigners from Malaysia and Indonesia during a religious gathering. He then traveled to Uttar Pradesh on March 9 and spent two days at a seminary before returning to Jammu on March 12 by a train.

“At Jammu, he stayed in Samba district till March 16 before flying back to Srinagar on March 16,” said Dr Qadri.

On his return to Kashmir, the deceased went to Sopore, his native town, and stayed there for two days. He came back to Srinagar on March 18 and after staying home for three days reported at the SKIMS hospital on March 21. The next day, he reported at the COVID-19 centre at the chest disease hospital, said Dr Qadri.

“That is when he was admitted to the Isolation Centre and his samples were taken for tests,” said the doctor. “He had underlined co-morbid condition including hypertension, diabetes, and obesity, apart from his age factor, which makes a person prone to the disease.” But the doctors are not able to figure out where he contracted the deadly infection.

An eight-month-old girl child from Srinagar became the youngest purported COVID-19 case in J&K today. Her sister, a seven-year-old, has also tested positive for the disease, taking the total number of active case in J&K to 11– eight in Kashmir and three in Jammu.

The siblings are the grandchildren of a man who had tested positive on March 24. He had recently returned from Saudi Arabia.  “All the family members of the man have been kept in hospital quarantine,” said another doctor.

Authorities said they were worried that patients of COVID-19 cases could be more in Kashmir as “significant number of people” has concealed their travel history.

“Doctors suggest actual cases in the community could probably be more than those who have tested positive,” Deputy Commissioner, Srinagar, Shahid Choudhary said, adding he was getting “flood of messages” about people who have concealed their travel history.

An official said 471 people with travel history were hiding in Kashmir to escape screening and quarantine. “Anyone among them can be the potential carriers of the infection and if so, he or she is a walking time bomb,” said the official.

Around 5,124 persons including those who recently travelled to different countries have been quarantined in Kashmir – 3,061 persons are under home quarantine and facilities set up by the government and 80 in hospital quarantine.

Kashmir is under complete lockdown as a measure to prevent spread of coronavirus infection. The J&K police have registered 218 FIRs against people who violated the restrictions and around 95 people have been arrested so far.

Fearing a rise in the cases, the government has now decided to convert two hospitals, SKIMS medical college and Srinagar’s JLNM hospital as full-fledged COVID-19 hospitals.

This afternoon, the administration also decided to close down all religious places in the city as it once again appealed people to stay home.

“The situation is scary; let’s hope we are able to control it,” said a senior doctor.

In Setback for India, WHO Disagrees With Govt Data on COVID Deaths

Fact-Check: Did India Have One of World’s Lowest COVID Tolls, as Minister Said?