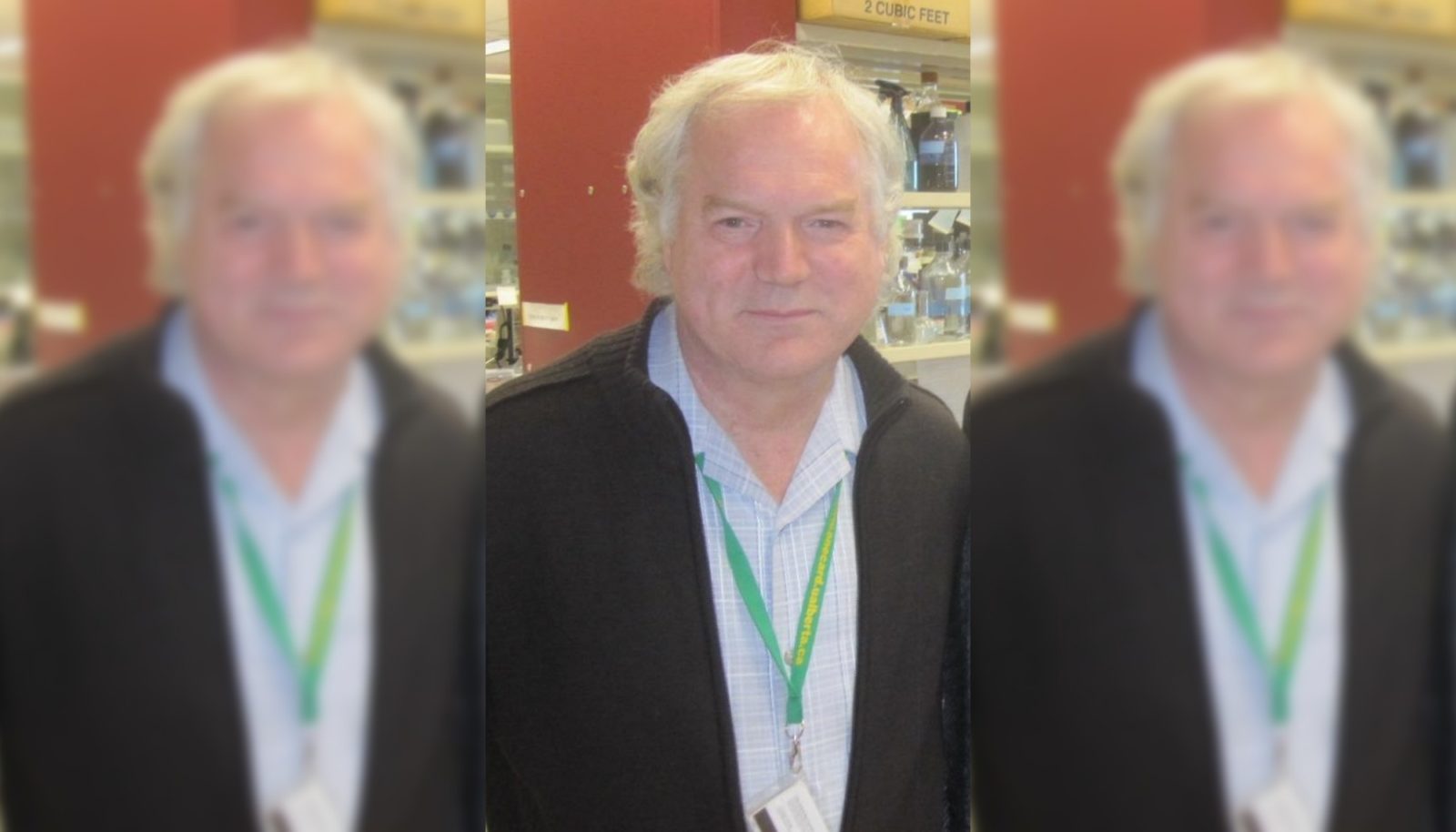 Harvey Alter, Michael Houghton and Charles Rice have been awarded the medicine Nobel Prize for 2020 for discovering the Hepatitis C virus. A document describing the laureates’ work for which they were awarded the prize says it “paved the way for the development of screening methods that have dramatically reduced the risk of acquiring hepatitis from contaminated blood and has led to the development of effective antiviral drugs that have improved the lives of millions of people.”

All three laureates have also won awards given out by the Lasker Foundation in recognition of contributions to medical science and service. As such, they have further cemented the Lasker Awards’ reputation for anticipating future Nobel laureates. Thus far, over 80 Lasker Award-winners have gone on to won the Nobel Prize in medicine. Among this year’s Nobel laureates, Michael Houghton and Harvey Alter together received the Lasker Award in 2000 for discovering the Hepatitis C virus. By 1992, their work had helped bring the risk of transfusion-associated Hepatitis C from a double-digit fraction down to one in two-million cases.

However, while Alter and Houghton worked separately, Houghton didn’t work alone (none of them did, actually). Jason Sheltzer, a researcher and fellow at the Cold Spring Harbour Lab, New York, tweeted on October 5 that Houghton had been awarded the Gairdner Award in 2013 for the same work – but turned it down because two of his colleagues who helped discover the virus hadn’t been included. This prize is considered to be Canada’s “most prestigious international science prize”.

According to one article on a website published by the University of Alberta, where Houghton teaches, Houghton had issued the following statement (truncated for length) that year:

“I am honoured to have been been named a recipient of the prestigious International Gairdner Award for my work on the hepatitis C virus. However, I felt that it would be unfair of me to accept this award without the inclusion of two colleagues, Dr. Qui-Lim Choo and Dr. George Kuo. The three of us worked closely together for almost seven years to discover this very elusive and challenging virus using a novel approach in the field of infectious disease.”

Qui-Lim Choo and George Kuo didn’t receive Lasker Awards either, nor have they been acknowledged in a press release published by the Nobel Assembly announcing this year’s medicine prize laureates. However, as Sheltzer pointed out, the first authors of two of the scientific papers that describe the laureates’ prize-winning work, in April 1989, are none other than Choo and Kuo (paper 1 and paper 2).

According to Devang Mehta, writing in Massive Science in 2017, “The first author of a scientific paper in biology [or] biomedicine is typically the person who did the hands-on laboratory work, usually a graduate student or young post-doctoral researcher.”

Sheltzer wrote in a tweet, “Lots of people talk about how the big prizes don’t accurately reflect modern team-based science, but being willing to give up 100k for those beliefs is really quite remarkable.”

Indeed, the Gairdner Award carries a cash prize of $100,000, or Rs 73.2 lakh. Each Lasker Award is accompanied by an honorarium $250,000, or Rs 1.83 crore. Starting this year, the Nobel Foundation has said it will increase the prize money accompanying each prize to SEK 10 million, or Rs 8.2 crore – of which Houghton will receive a third, Rs 2.73 crore.

It remains to be seen if he will also decline his Nobel Prize, as he did the Gairdner Award. The Wire Science spotted some rumours to this effect on Twitter but couldn’t confirm them.

The abstract of a research article Houghton penned in November 2009, published in the Journal of Hepatology, provides a glimpse of Qui-Lim Choo’s and George Kuo’s contributions to the discovery of the Hepatitis C virus, and also acknowledges help from Daniel Bradley, then at the US Centres for Disease Control. The article in general pertains to work conducted in Houghton’s lab at the Chiron Corporation in seven years up to 1989 – work that Alter called “ambitious” in another article. Novartis acquired Chiron in 2006. A selected excerpt follows (note – NANBH stands for ‘non-A non-B hepatitis’, a precursory name for Hepatitis C):

Key colleagues included Dr. Qui-Lim Choo in my laboratory and Dr. George Kuo also of Chiron as well as my collaborator Dr. Daniel Bradley at the CDC who provided many biological samples from the NANBH chimpanzee model. Numerous molecular approaches were explored including the screening of tens of millions of bacterial cDNA clones derived from these materials. While this early genomics approach resulted in the identification of many host gene activities associated with NANBH, no genes of proven infectious etiology could be identified. A separate avenue of our research led to the molecular characterization of the complete hepatitis delta viral genome but unfortunately, this could not be used as a molecular handle for HCV. Largely following input from Dr. Kuo, I initiated a blind cDNA immunoscreening approach involving the large-scale screening of bacterial proteomic cDNA libraries derived from NANBH-infectious chimpanzee materials (prior to the development of PCR technology) using sera from NANBH patients as a presumptive source of viral antibodies. Eventually, this novel approach to identifying agents of infectious etiology led to the isolation of a single small cDNA clone that was proven to be derived from the HCV genome using various molecular and serological criteria.

In another article published in September 2019, Houghton wrote (emphasis added):

In late 1985 and early 1986, in addition to continuing with most of the above approaches, we also started a new approach involving immunoscreening cDNA libraries made from NANBH-infected chimpanzee livers and plasma using NANBH patient sera as a presumptive source of virus-specific antibodies. Although this approach did not always work even when using very well defined antibodies and despite the known chronicity of NANBH suggesting a poor immune response, I decided to try what hitherto I and many others had considered a very risky approach (indeed, many illustrious members of our science advisory board recommended against this approach). George Kuo in the neighboring laboratory to mine working on Factor 8 characterization was an ardent enthusiast of this approach and he was largely responsible for stimulating me to try it. Dan Bradley was also a supporter of this strategy and was already providing chimpanzee samples to another group using this approach in a separate and independent collaboration.

… in late 1987, Qui-Lim, George, and myself considered that we had identified the causative agent of blood-borne NANBH, called it the hepatitis C virus (HCV), and filed the first of many patent applications. The work was officially published in early 1989.

Perhaps the most prominent individual to have declined a Nobel Prize thus far was Jean-Paul Sartre, to whom the foundation awarded the literature prize in 1964. Sartre’s stated reason was that he didn’t wish to be turned into an institution.

Irrespective of whether Houghton chooses to decline the prize, the issue here is the prizes’ rule that it can’t be awarded to more than three individuals or entities at once. This rule is a vestige of a bygone era – in which there was little to no recognition of science’s incremental progress, and the fact that each monumental discovery inevitably drew on the work of many people, across many years. As even the Nobel Assembly has tacitly acknowledged in the material accompanying today’s announcement, the papers (ref. 9 onwards) encompassing the discovery of Hepatitis C plus further work on developing the first successful vaccine include dozens of names other than the three who stand to receive the accolades.